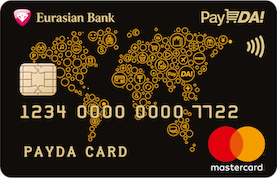 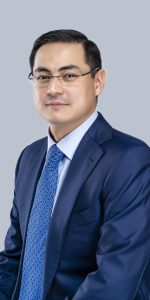 Eurasian Bank informs about the appointment of Mr. Shukhrat Ibragimov, a member of the Board of Directors, to the Board of Managers of Eurasian Resources Group (“ERG”), the world’s leading natural resource extraction and processing company; the relevant decision came into force on 3 March 2021. According to the ERG’s official announcement, Mr. Ibragimov will also be a member of the Audit Committee, the Remuneration Committee and the Mergers and Acquisitions Committee of the Board of Managers.

Shukhrat Ibragimov will take the place of his father, Mr. Alidzhan Ibragimov, one of the ERG founders, who died in February this year, in the Board of Managers.

Prior to his appointment to the Board of Managers, Shukhrat headed the ERG Business Development Department for more than six years. He played a pivotal role in the development and launch of a number of the Group’s major international projects, including Metalkol RTR, the world’s second largest producer of cobalt and one of the largest producers of copper, and BAMIN, an integrated iron ore and logistics project of the EPG in Brazil.

Dr. Alexander Mashkevitch, Chairman of the EPC Board of Managers, noted: “We are pleased to welcome Shukhrat Ibragimov to the Board of Managers. Shukhrat has extensive experience in the mining industry and a deep knowledge of the ERG business, acquired in the course of leading a number of key initiatives to develop our business. Thanks to this, Shukhrat will be able to make an invaluable contribution to the growth of the Group in the future”.

Mr. Shukhrat Ibragimov stated: “I have worked for ERG for several years in leadership positions and I hope that, drawing on my experience and my father’s vision, I can continue to bring maximum benefit to the Group and its wide range of stakeholders”.

Mr. Ibragimov has been a member of the Eurasian Bank Board of Directors since 2017 and participates in the activities of three committees: the Audit Committee, the Remuneration Committee and the Risk and Internal Control Committee. He is also a member of the Board of Directors of the Eurasia Insurance Company, one of the leaders of the insurance market of the Republic of Kazakhstan, holds the position of Non-Executive Director of Alliance Altyn, one of the largest gold mining enterprises in Central Asia.

In addition, he is the Vice-President of the YABIAD Foreign Investors and Businessmen Union, an international investor community, established with the aim of building up business relations with Turkey.

Mr. Ibragimov is actively involved in a number of charitable initiatives; in particular, he chairs the Board of Trustees of the ‘I am part of’ British charity, which provides access to water and food security for people in Africa and Asia. During the pandemic, Mr. Ibragimov ensured the delivery of a large batch of oxygen concentrators and protective equipment to Kazakhstan and Kyrgyzstan. He also chairs the Board of the Asian International Film Festival and supports a number of cultural projects around the world.

Mr. Ibragimov graduated from the European Business School in London and the Beijing University of Language and Culture. He is fluent in English, Russian, French and Turkish, and has a practical knowledge of Chinese.